HomeEnvironmentWhy are the Dolomites beautiful? 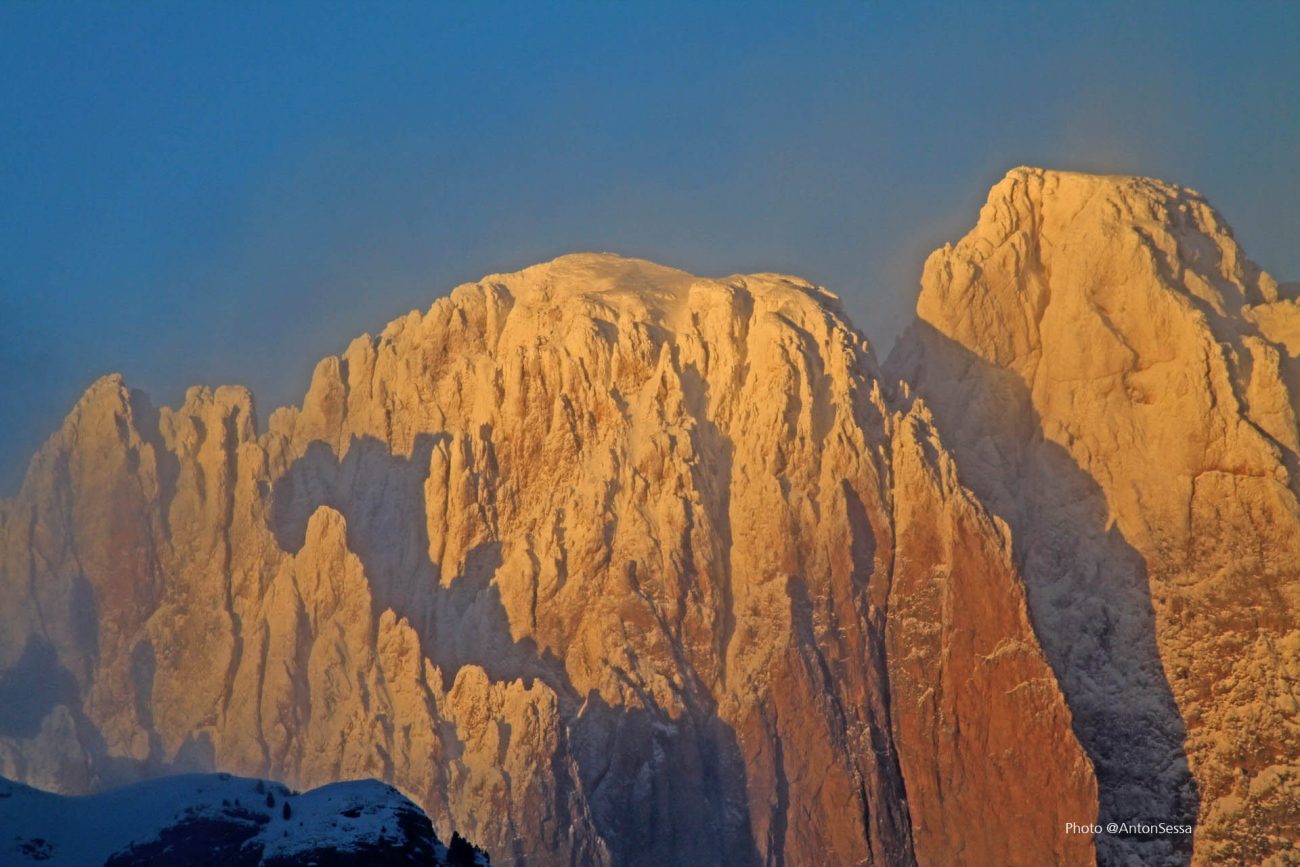 In the valley of Fassa, the Dolomites rise perpendicular with smooth white walls dazzling several thousand feet high. They are forming jagged mountains, which stand side by side in large numbers, without touching. Their characteristic shapes recall the fantastic mountain landscape with which Leonardo da Vinci painted the background of his Mona Lisa portrait.
Alexander von Humboldt (Kosmos: Entwurf einer physischen Beschreibung, 1845)

The Dolomites have always had an enormous impact on the imagination of those who have set eyes on them.
The majestic grandeur of these stone giants has inspired epic sagas in its inhabitants since prehistory, to the point where it has becomes an essential part of their cultural identity.
After their scientific “discovery” in the early nineteenth century, the first travellers of the romantic age were amazed to find in them the incarnation of those ideal landscapes which painters had only been able to imagine before.
Nowadays they are universally aknowledged as “the most beautiful mountains on Earth” and have become a worldwide standard of mountain beauty.
But why are the Dolomites so beautiful?
The secret of their extraordinary fascination is that they perfectly personify the Sublime, an aesthetic category only referring to Nature. Verticality, grandeur, monumentality, barrenness, dizziness, shock. These are all characteristics of the Sublime described in aesthetic essays just a few years before the “discovery” of the Dolomites. The structured topography and colour spectrum, the extraordinary contrast between the gentle contours of the meadows and the sudden verticality of completely naked imposing peaks, the incredible variety of sculptural shapes are the key to defining the “Dolomitic landscape”, that is the typology of mountain scenery which finds its archetype and maximum expression here.