HomeEnvironmentThe strategic choices of Dolomiti Superski – A challenge for the future 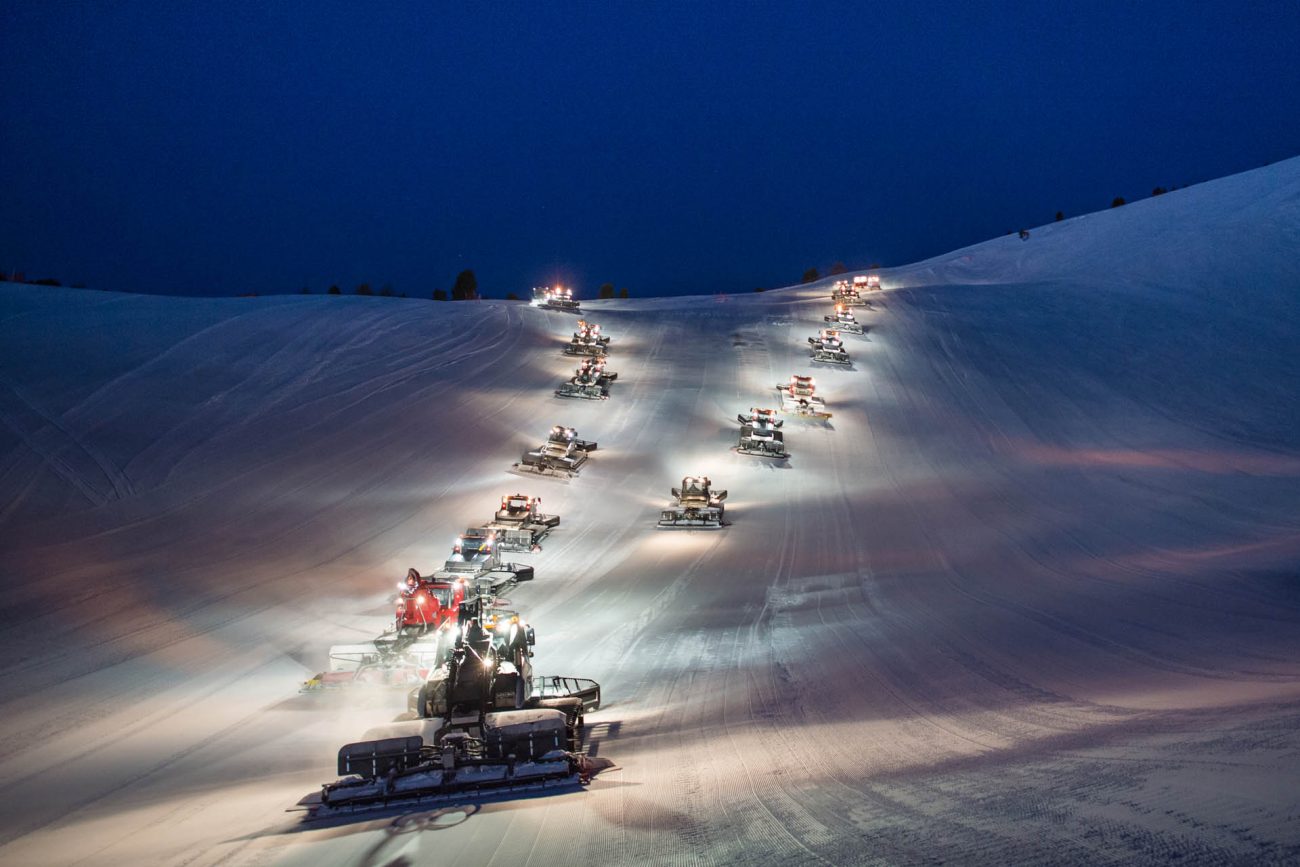 Through the following interviews, we present the management and environmental concept of the most important economic institution of this territory: Dolomiti Superski.

We wondered if the protectionist world and the skiing industry are responsible enough to cope with new emergencies and to start new projects together.

We have some questions concerning this topic to the President of Dolomiti Superski, dott. Sandro Lazzari.

The development of the skiing activities during the last decades had a strong effect on the natural environment and on the landscape. In the meantime, this economic activity has guaranteed a great touristic development and offered hundreds of working places. How do you want to keep the balance between the needs of environmental respect and the needs of the skiing activities?

Since some years, the development of the skiing areas, in term of quantity, has decreased to many and few cases. The rationalisation and improvement of the existing areas in term of quality is now taking place, thorough several interventions on the territory. This in order to protect the environment and the economy using it for a long time and in a sustainable way.

Climate changes are taking place and nobody denies it. The alteration of the temperature and of precipitations on the Alps and on the Dolomites influence the skiing activity. Will the skiing activities survive what is currently happening? If yes, with which innovative strategies are you going to react?

Of course, nobody denies that the climate is changing and that global warming is taking place. Our activity, certainly one of the most influenced by climate risks, looks at the rate of the integrity of snow, in order to determine the useful altitude, influenced by specific microclimates as well. According to many of the studies on this topic, the necessary reliability for this kind of activities can be kept for a period in order to justify it. Of course, artificial snow techniques have to be used properly and water resources have to be used rationally, and the possibilities of the equipped areas should be analysed.

Some species of birds are in the list of highest protection of the European Union (Habitat 2000). Among these, on the Dolomites there are the black grouse and the rock ptarmigan, which are endangered due to the alteration of their habitat and to the ropes of the skiing infrastructures. In the Western Alps, devices that signal the presence of birds are present on new skiing areas and in critic situations. Through these devices, the mortality of the avifauna has decreased. Does Dolomiti Superski want to try these new devices?

Settlements for the fauna are known and there are reports concerning them, and documents of the authorities on the concessions with prescriptions on the safeguard or reduction of the impact, if necessary.

It is not common to install devices for the birds, but some organisations asked us to install such devices in order to prevent the risks for the avifauna.

Few birds were found dead close to the skiing areas, and it is not proved that they died because of the skiing structures. We do not have enough data in order to do a statistics. This means, we cannot say that the mortality of the birds has decreased, because we cannot do a statistics with the data we have.

Your company supports Dolomiti UNESCO. How do you conciliate the goals of the foundation concerning the requalification of the landscape and the recovery of situations that could not be compatible with the project of environmental protection?

Using the territory as a form of tourism that is often defined as “lasting”, is one of the most discussed problems. In our case, we are coping with a complex and structured touristic organisation that has had two important qualities. Through it, the local population had the possibility to stay on the mountains, avoiding depopulation and creating job places and interests. In the meantime, someone who is interested has given back to the mountain the care and the maintenance it would not have had if it would have been abandoned. It is known: abandon causes decline. In fact, the UNESCO recognition has been given after more than 50 years of touristic development.

It does not mean that nothing can be improved as far as environmental protection is concerned; it just means that improvements have to be made with this goal, in the field of the respective competences.

Of course, laws and proposed or imposed limitations have to conciliate the environmental protection and the economic needs, which are very important for the population.