HomeNatureStatus of bears in the Alps 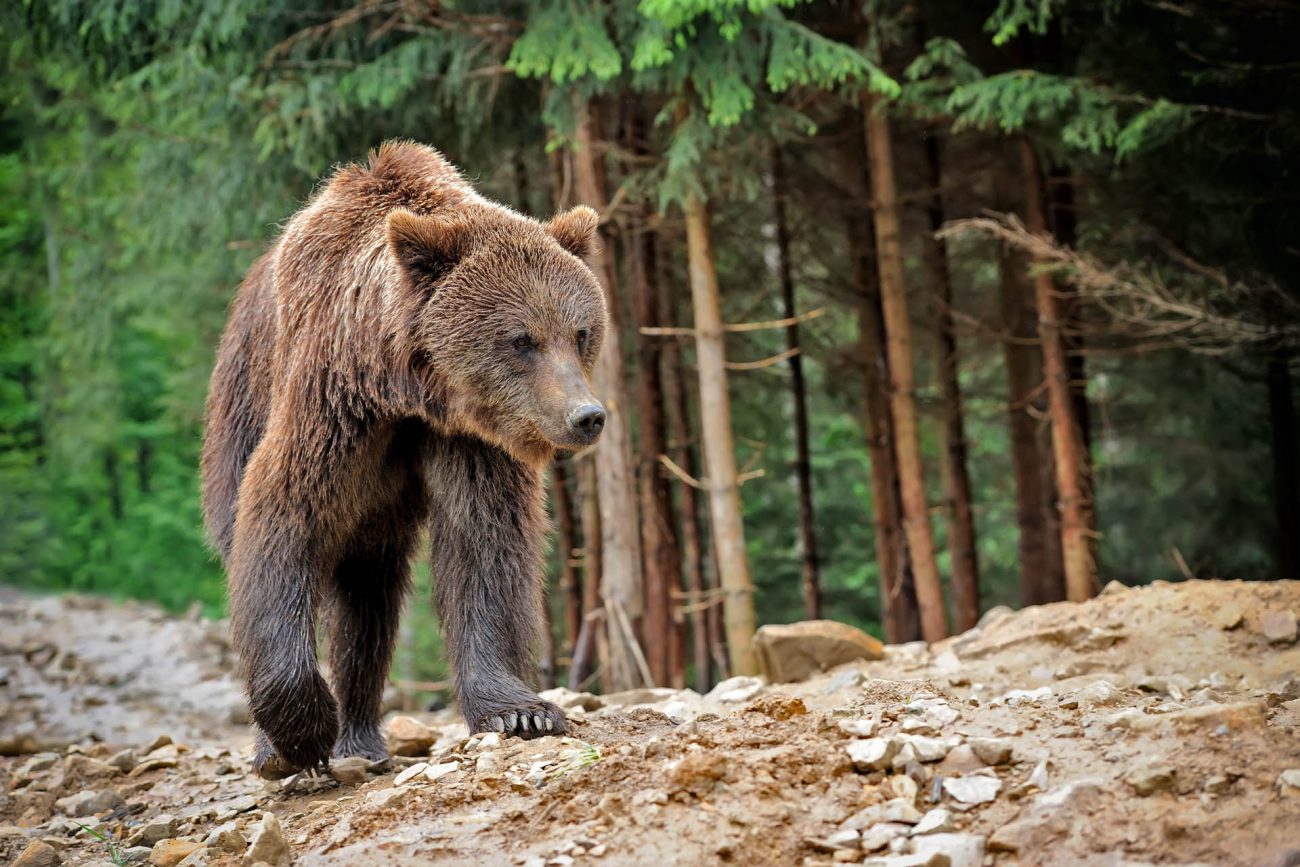 Majestic and big animal, the real “king” of our woods, symbol of the wonderful and mysterious beauty of the Alps. In the past, it was about to die out, but nowadays it is coming back to our forests.

The human being has to be aware of this and to make this cohabitation possible.

Questions and answer about bears

Which is the trend of the population?  After 10 years of increase, the bear population has stopped increasing and is stable since 2012.

How many bears died and why? Putting together 101 cubs and 10 bears that have been taken to Trentino for the project of reintroduction of the Park Adamello Brenta, 60 bears are missing. Among the causes of death, there are avalanches, falls, predations and killings by male bears, as well as actions of the human being such as poisoning, poaching, accidents and authorised haunting.

In which areas are bears mostly present? The core area, this means the area with the highest density of bears, in which there are all the 21 female bears, is Western Trentino, above all the Brenta Dolomites and the surrounding mountains. The male bears are in a more extended area, which includes Lombardy, South Tyrol and Eastern Trentino, Veneto and Friuli Venezia Giulia.

Is it normal that bears move so much? For a young bear, this is normal: thorough this system, genetic exchange is possible and this prevents the increasing of the number of bears in the area.

Does the presence of bears crush with the human activity? Bears damage the activities of the human being (above all animal husbandry and beekeeping), but these damages can be reduced through preventive measures.

Are bears dangerous? Bears are not aggressive, but they can be harmful for self defence.

The members of the Associazione Teriologica Italiana (Italian Mammals Association) are the main experts, technicians and researchers who deal with the study and the conservation of mammals in Italy

Respect Sometimes you think that the smaller an organism is, the less pain it feels. But the suffering does

Plants, butterflies, birds and mammals living at high altitudes could die out due to climate and environmental change. It is not necessary to choose

Majestic and big animal, the real “king” of our woods, symbol of the wonderful and mysterious beauty of the

The last “wild” streams of the Dolomites, at the crossroads between exploitation and protection The sounds of the stream surround

Animals: surviving in winter on the Alps In winter, wild animals have to change their habits to cope with cold

Between the beautiful peaks of the Dolomites, the woods of conifers are full of mushrooms, which help plants supplying them with

The symbol of the Dolomites Chamois are rarely present in the codified culture. Despite this, we have to consider an important fact: a

"Dolomites” are not only  rock faces. There are lakes, torrents and pastures as well. A mountain scenery hosting

More often, culinary arts make use of the products that nature offers spontaneously, products through which we gather