HomeNatureCharismatic animals of the Dolomites 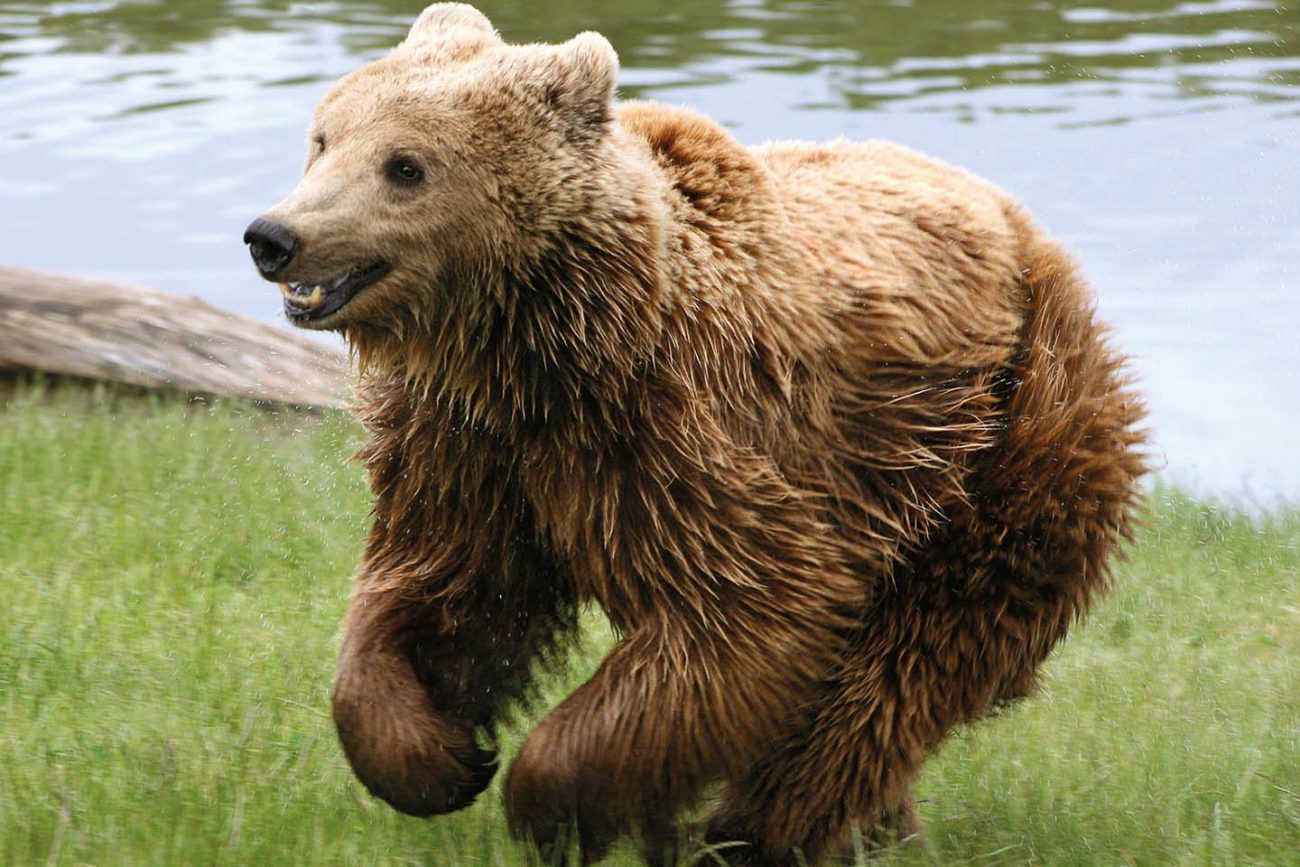 “Dolomites” are not only  rock faces. There are lakes, torrents and pastures as well. A mountain scenery hosting a rich fauna.

Some of the more fascinating entities are in particular two big mammals: the brown bear (Ursus arctos) and the rock goat (Capra ibex). The first one is an animal that can reach the height of one meter at the withers and has a varied diet, which is not only carnivorous. Prey of a cruel hunt, in the Alps  the brown bear has been reduced almost to the extinction.

In order to avoid their disappearance, between 1999 and 2002, 10 brown bears have been introduced in the Adamello-Brenta Natural Park. They gave birth to a population now rated  in 50 exemplars.

The rock goat, on the contrary, is a high altitude herbivore. It has a strong physique, in fact it is an animal which is perfectly adapted to the verticality, on summit areas. It grazes nimble and stately on the rocks up to a height of 3000 meters, in winter as well. In the oriental Alps the rock goat was nearly disappeared but nowadays, thanks to reintroduction programs, we can find a large amount of colonies again  in the Dolomites .

The fauna of the Dolomites is not composed of only big animals. On the contrary, we can see animals having a great scientific value in  the wrongly considered “minor” species.  One of them  is a timid dweller of hay meadows: the Corn Crake (Crex Crex). It is a bird that has the size of a chicken and a mimetic plumage. Its presence can be spotted only by  the male Corn Crake’s advertising call: “crex-crex”. The species suffers from neglected alpine pastures, it is still present but with small and isolated populations.

Another peculiar species lives in the watercourses of the Dolomites: it is the marble trout (Salmo (trutta) Marmoratus), a beautiful fish which exceed one meter in length. It is an endemic species of the Italian Alps, it was the typical and common trout of the rivers that flow into the Po and the Adriatic.

Nowadays the marble trout has become everywhere rare and it disappeared from a lot of watercourses. Its decline is due to the reduction of the flow because of water withdrawals and a progressive artificialization of natural riverbeds.

In the Dolomites several projects are currently underway  for the re-integration of disappeared species and care towards the endangered ones. Thanks to the actual specific projects for the protection and safeguard of the biodiversity heritage, the scientific community works  in order to give to the entire humanity the chance to live, understand and visit the incredible wealth of the world  that has been given to us.

Respect Sometimes you think that the smaller an organism is, the less pain it feels. But the suffering does

Plants, butterflies, birds and mammals living at high altitudes could die out due to climate and environmental change. It is not necessary to choose

Majestic and big animal, the real “king” of our woods, symbol of the wonderful and mysterious beauty of the

The last “wild” streams of the Dolomites, at the crossroads between exploitation and protection The sounds of the stream surround

Animals: surviving in winter on the Alps In winter, wild animals have to change their habits to cope with cold

Between the beautiful peaks of the Dolomites, the woods of conifers are full of mushrooms, which help plants supplying them with

The symbol of the Dolomites Chamois are rarely present in the codified culture. Despite this, we have to consider an important fact: a

"Dolomites” are not only  rock faces. There are lakes, torrents and pastures as well. A mountain scenery hosting

More often, culinary arts make use of the products that nature offers spontaneously, products through which we gather